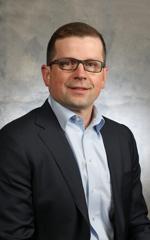 Dan Jablonic currently serves as a manager of player development for USA Hockey, a role he assumed in November 2022. Previously, he served youth hockey associations in Illinois, where he continues to be a leading resource for age-appropriate programming, training, competition and long-term athlete development.

Jablonic was the head coach of the U.S. Under-17 Select Team that finished second at the 2022 Five Nations Tournament and also served as a USA Hockey National Player Development Camp coach on multiple occasions. A USA Hockey Level 4-certified coach, he attended the North American Rink Conference and Expo (NARCE) in 2013 and gained his hockey director certification.

Before USA Hockey, Jablonic served as the hockey director at the Kettler Capitals Iceplex in Arlington, Virginia, leading Kettler’s in-house Rooftop program and Caps Academy. Additionally, Jablonic served as hockey director for the Washington Little Caps youth hockey program, which experienced unprecedented growth and success as a USA Hockey Model Association. During his six years at Kettler, Jablonic instituted a shift to ADM-recommended on- and off-ice programing, a decision that helped spur a 50 percent increase in player participation totals and a string of five consecutive Potomac Valley championships at each eligible birth year for the Little Caps. The Little Caps 14U and 15-only teams qualified for the 2017 USA Hockey Youth Tier I National Championships as district champions.

As a player, Jablonic skated with Blaine (Minn.) High School and then in the United States Hockey League (USHL) before enrolling at the University of Minnesota Duluth, where he played NCAA Division I hockey with the Bulldogs from 1993-97. Jablonic earned a bachelor’s degree in psychology from UMD in 1997. He then played professionally in the ECHL before finishing his playing career with Skelleftea AIK in Sweden.

Jablonic developed his passion for coaching during his time at UMD, working youth hockey camps and schools in Minnesota and Wisconsin. His coaching career officially began with Skelleftea in 2005, where he served as an assistant coach for the club’s Under-18 team. He later served in the same capacity with the Skelleftea Under-20 team and as an assistant coach for the club’s Swedish Hockey League professional team before moving to Timra IK, where he was head coach of the club’s Under-20 team in 2007-08. He then moved on to Frolunda in Sweden’s top professional league, where he spent two seasons as an assistant coach before returning stateside to lead the youth program at Kettler. During his time coaching in Sweden, Jablonic assisted in the development of seven first-round NHL draft picks.