6U/8U: Laying the Foundation for Development

Shrinking the size of the ice surface is crucial for players at the youngest age groups. 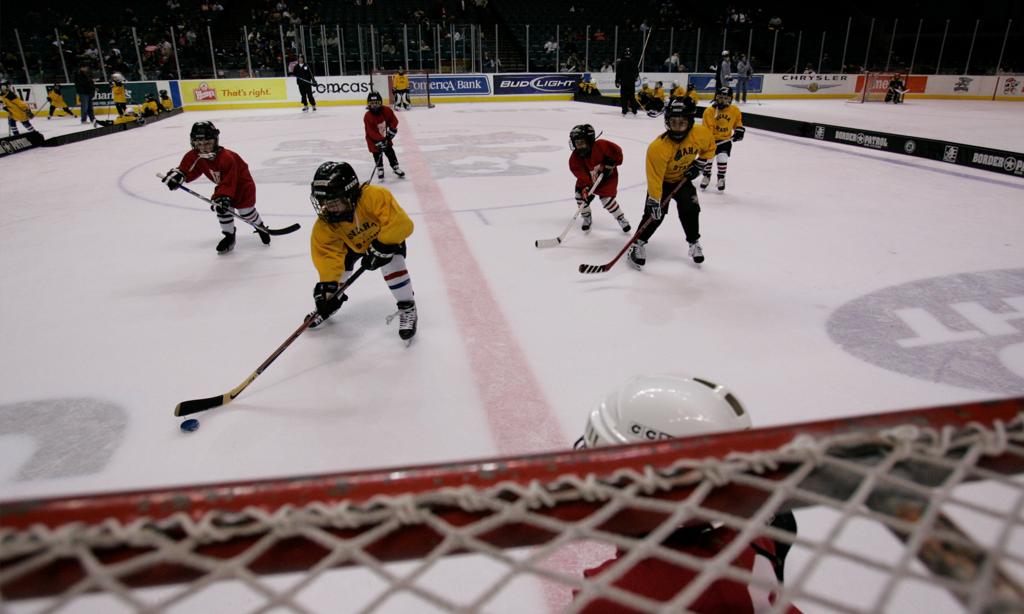 For those who enter youth hockey with a preconceived notion of how it will – or should – look, the idea of cross-ice play at the 6U and 8U levels can be jarring.

But experience backed by data has proved the numerous reasons why shrinking the size of the ice surface is crucial for players at the youngest age groups.

The most compelling reason is that it is, quite simply, age appropriate.

“That’s the all-encompassing term. It’s what’s right for kids at eight and under,” Mancini says. “The science and the data are indisputable.”

Case in point: A recent study of cross-ice or half-ice hockey in Sweden and Finland found that in small-ice games, players were able to shoot the puck five to eight times as much as in full-ice five-on-five games.

Part of the study’s conclusion read: “When increasing the rink area, the players will have more space, time, longer skating sequences, and will be less involved in the game, whereas decreased rink area will enhance the number of actions, problem solving, decision making, technical skating and the overall involvement.”

“Every sport matches the size of their field to the player’s size and age. I think where we get in trouble is it doesn’t look like hockey when you go half-ice and cross-ice,” Mancini says. “The key, I think, is to stand by the boards and close your eyes and listen to the game. It sounds the exact same as full-ice hockey for adults. I think it’s an eye-opening – or in this case an ear-opening – thing, and I think it really does help parents understand this is what’s good for kids.”

By giving young players more puck touches in confined spaces, they learn to process the game faster at an early age.

“We are beginning to help them solve problems on the ice,” Mancini says. “They become more aware. They have to learn how to make decisions, which will really be one of the most important foundations going forward.”

The best players might get those opportunities in a full-ice situation, but those who are on the other end of the development curve get left behind.

“And on the other end, we also know the reasons why they shouldn’t be playing full ice,” Mancini says. “Sometimes I think we tend to focus on the negatives of full ice. What we should be focusing on is the positives of age-appropriate hockey.”

Benefits Down the Road

One of the biggest benefits of cross-ice hockey is that it pays dividends in the future. When players reach 10U and typically start playing full-ice hockey, the skills they have built up playing in smaller areas translate to success.

“The benefits of cross- and half-ice hockey sometimes are not realized for a year, two years, three years down the road,” Mancini says. “And that’s hard in the current world we live in. But once again, we know the benefits. We know the improvement that these players who are put in these age-appropriate situations will see in growth and development.”

There isn’t necessarily a magic formula for how much ice is the right amount of ice. That might depend on the team and the situation.

But what you’re certainly going to find is that small-ice hockey keeps players coming back. Since USA Hockey launched the American Development Model (ADM) in 2009 – with cross-ice hockey as a component – it has proved instrumental at retaining players.

“One thing we can look at and it’s really easy to take away is the fact that our membership numbers and retention have grown significantly in the last 10 to 12 years,” Mancini says.