12U: Qualities of Great Players

Players to Look Up To at 12U 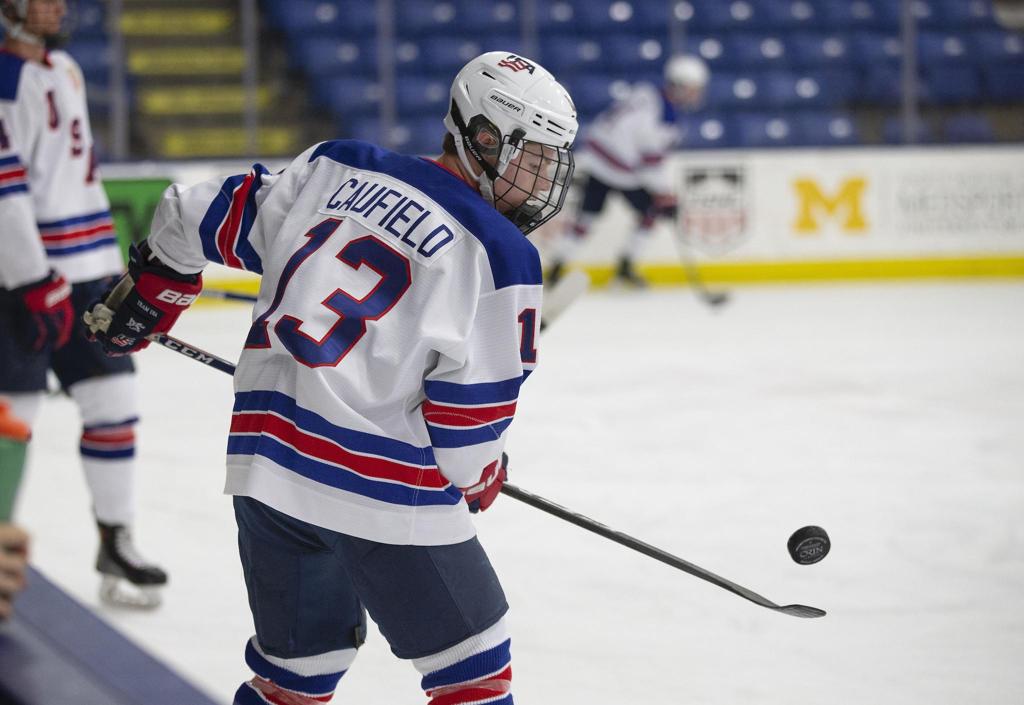 As a young hockey player in Apple Valley, Minn., Roger Grillo had plenty of older skaters to emulate. At the 12U level, he idolized high school players and even the 14U players just ahead of him.

“That’s who I wanted to be,” says Grillo, who eventually played three years at Maine and was the head coach for 12 seasons at Brown before becoming the director of player development for USA Hockey.

Whether or not he realized exactly what qualities he looked up to in those players, absorbing their styles and skills was important. And now, many years later, Grillo has some thoughts on what qualities 12U players should look for as models for their own game – whether they are watching other youth games, college games or the NHL.

The first positive attribute that came to mind for Grillo is to seek out players who are good teammates.

“What does it mean to be a good teammate and why is that important?” Grillo asks. “It’s someone who makes you want to be better.”

Skill is certainly important, but plenty of players have that. Not all of them are good teammates.

“We get caught up in statistics and accolades, and certainly for a lot of great players being a good teammate is part of their DNA,” he says. “That’s a huge positive attribute, which is going to serve them well beyond just sports.”

Grillo says he enjoys watching players who have been given enough freedom to let their natural talent and playmaking ability shine through.

“The best coaches say, ‘I’m going to give you a frame and let you paint within it. I’m not going to make you paint by numbers,’” Grillo says. “I love players who can play within a creative structured environment.”

That shows up in numerous ways, and it becomes even more important as players get older.

“It’s about decision-making and problem-solving, seeing the ice,” Grillo ways. “To me the players that are playing chess when others are playing checkers, those are the ones that have the opportunity to move on. That negates the size, speed and strength others might have.”

Older players who are willing to outwork their opponents should catch a 12U player’s eye, too.

“Someone who consistently competes hard,” Grillo says. “Somebody who consistently comes out and battles and competes. That would be another huge attribute … And something that kind of hit me hard this summer is someone who can be successful at the game when their technical attributes aren’t better than their opponents. Meaning how am I going to still be a successful player if the other players are as fast, skilled, their hands are just as good if not better. And to me it goes back to intangible attributes.”

Grillo was asked about NHL players who possess the types of skills and games that he particularly appreciates. While there are certainly too many to name, Grillo did manage to narrow it down a little.

He mentions Patrick Kane, one of this generation’s best American-born players with nearly 1,200 career points. He points to Marty St. Louis, who he coached in college when St. Louis was at Vermont and Grillo was an assistant in the 1980s.

He rattles off Jack and Quinn Hughes. He points to Auston Matthews.

“His stick is elite,” Grillo says of Matthews. “His ability to win pucks with his stick, and his shooting ability. You don’t see players who can score from as far out.”

Grillo tends to gravitate toward players who aren’t necessarily the biggest or strongest but who still excel – which makes him a big fan of 5-7 Canadiens wing Cole Caufield.

“They compete, problem-solve. All of them make other players better,” Grillo says. “Who doesn’t want to play with all the guys I mentioned. Cole Caufield – there’s a young player who you watch and you feel his passion to play. He’s having fun playing the game. And he loves to score. You just look at the smile on his face. To me, I love watching players who show that outward excitement and energy.”

Again, so many to name. Grillo could have kept going. But the bottom line is this:

“The game is in a really good spot right now,” Grillo says. “We’ve done our fair share of bringing those players in. It’s an exciting time.”

And it’s a great time for a 12U player who wants to one day be the next to join the group.