No Rink? No Problem, Thanks to ADM

Faced with the prospect of losing a month of conditioning and overall season preparation, the Southeastern Connecticut Youth Hockey Association instead adapted USA Hockey’s American Development Model principles to dry-land training and didn’t miss a beat.

The Seahawks organization, based out of Norwich, Conn., was scheduled to open practices for this season on Sept. 1, but the chemical problems at Norwich Rink that began in May had not yet been repaired.

After fully implementing the ADM partway through last season, the association was so impressed with the results that its leaders decided to customize ADM methods for use in dry-land practices in the rink parking lot while work on the arena wrapped up.

“From our perspective, we had to do something, so I spoke with some of the coaches and we said, ‘Why don’t we start dry-land training, using the ADM model that we incorporated into our practices last year?’” recounted Bob Casagrande, SECYH president. “We ended up getting a really good response as far as the kids and the coaches.

“We had practice plans that were written by one of our lead coaches, and people get there early to set up the stations and meet with the lead coach, who explains what the drills are. Normally we have a stick-handling drill, we have a shooting drill, one-on-one battles — many different practice things, the same things you would do on ice, only we did them on dry land.”

And when the Seahawks teams did get on the ice to go against other teams during that time, there was no evidence to suggest they hadn’t been practicing on ice all along.

“The kids did surprisingly well; they held their own against teams that had been on the ice for a month,” Casagrande reported. “So the use of the dry-land training, the use of the ADM model, I really think is what made the difference. And over the last few weeks, now that we’re starting to play more games, you’re seeing that the kids are conditioned, their skills are not completely rusty, they’re focused, so it was really beneficial to us.”

In fact, the results were so impressive that the SECYH intends on integrating those pre-season dry-land activities into next year’s season-preparation program.

“We’re planning on incorporating it into our program for next year, starting a little bit early with dry-land training, probably buying a little less ice in that initial period, just to keep costs down but also just using the benefits of dry-land training to make up for that,” Casagrande said.

And now that the Norwich Rink is finally back in operation, the association plans on continuing the tenets of the ADM on the ice. If there had been any doubt among Seahawks parents or coaches about how effective the ADM could be, especially since it had been in use for less than a year, there certainly isn’t now.

“We implemented the ADM model about halfway through the season last year,” Casagrande said. “[Former Brown University coach and current USA Hockey regional ADM manager] Roger Grillo was talking to a few of our coaches at a coaching clinic and he asked if could come out and talk to the parents and run an ADM session for us. He did, and it was so well received that from that point forward, we were doing two ADM practices a week.

“The benefits of the ADM practices [were immediate], because they’re so focused on skills and you don’t have 10 kids standing around watching a drill. You have five, six, seven kids at a station and they’re just constantly in motion, so there’s no down time.”

Casagrande also noted that ADM methods have proven to be particularly helpful with instructing hockey beginners, on ice or off.

“I have some very good coaches that are very good at designing these drills that can translate either to dry-land or on-ice hockey, with a focus on a specific need, like using their edges or turning or stopping, even though it seems like a simplistic thing to do at a station,” he said. “But when you have kids who are first learning how to play hockey, they don’t know how to do crossovers, they don’t know how to do a hard stop or even to start off. So you can focus on those things, and the kids do it in such a way that they’re constantly engaged because they don’t have time to start goofing around. The drills are so consistent and you have one or two coaches at the station to coach the kids, work with them, encourage them and pull them aside if need be, to help them improve.”

It’s safe to say that the ADM helped keep the Seahawks organization afloat when they weren’t sure when the ice would be ready, enabling the association’s teams at all age levels to remain competitive and prepared for the new season.

“We had a lot of people who basically thought the rink was going to fail and we wouldn’t have a hockey association,” Casagrande said. “We sat there wondering, ‘We can’t have these kids sitting there not doing something between now and when the rink finally opens,’ and we probably carried the dry-land as far as we could.

“Our plan moving forward is that we’re going to continue the ADM model on the ice. It’s kind of a testimony to ADM, but it’s also a testimony to taking that model and being able to use it for dry-land training and the benefits you can derive from it. 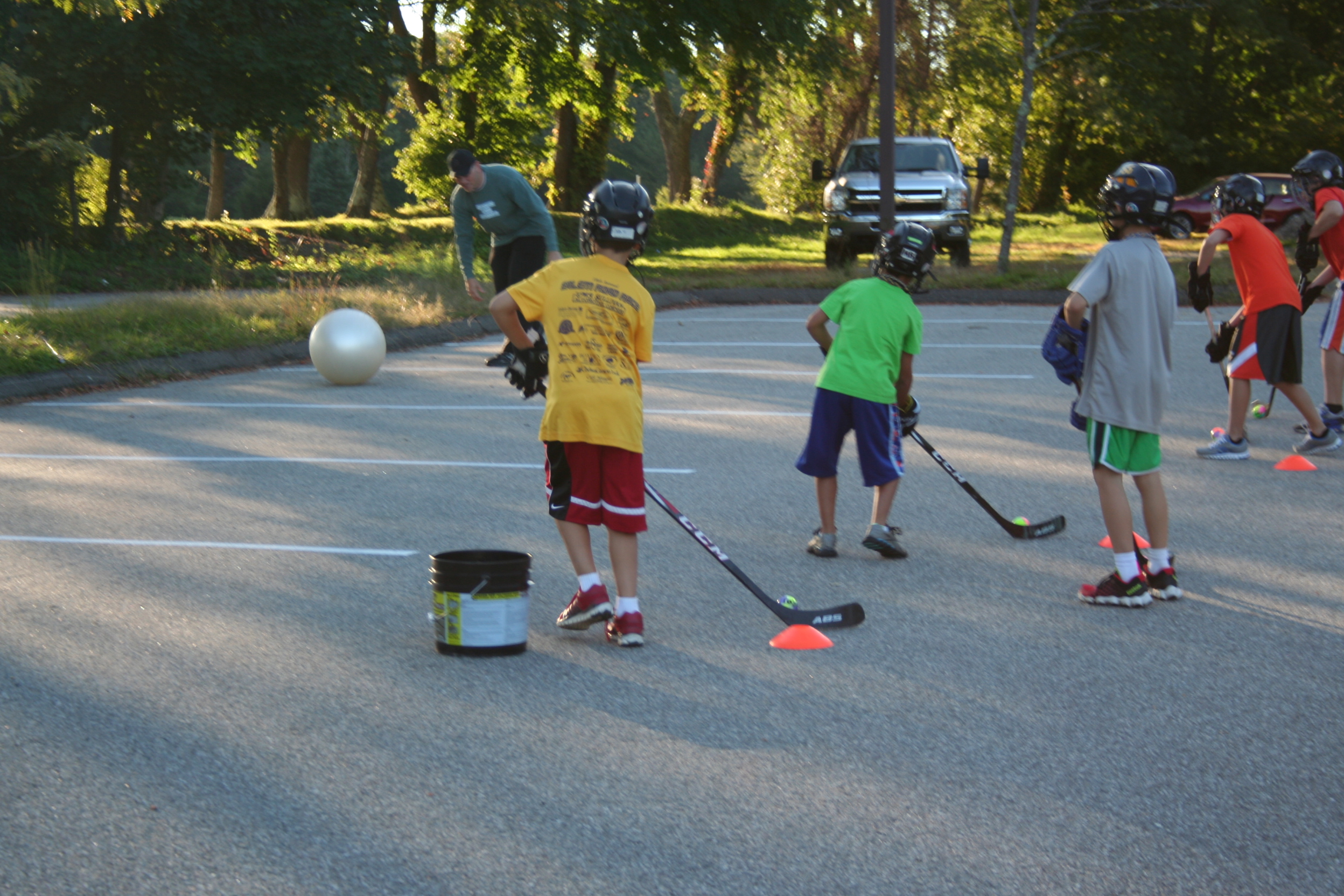 Dryland skills have helped players on the ice too.