Purpose: Create a live-action game situation for players to move, skate, possess and support the puck while executing consecutive passes within a small area.

Comments: You can teach many subtle skills in this drill. Teach passers to give “false information” or no-look passes. Teach players away from the puck to get open and use the width of their given space. Teach rapid puck movement. Teach defensive stick skills. 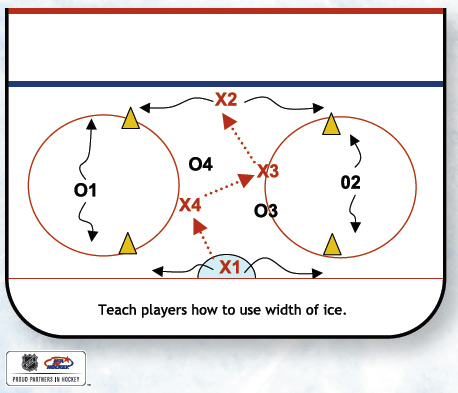