Purpose: To create an environment where players are forced to pivot from backward skating to forward skating and forward to backward in a fun, competitive setting.

Coaching Points: Designate the “it” player. In this example, the “it” player is Player X. All other players must dodge or elude to avoid getting tagged by Player X. All players must stay in the designated boundaries. All players, including the “it” player, must skate either forward or backward depending on what zone they are in. Players in the forward-skating zone must skate forward; players in the backward-skating zone must skate backward. Players must pivot when crossing the center red line from backward to forward or forward to backward. Once a player is tagged, have them perform an agility move five times before returning to the game. A simple agility move may be five both-foot jumps, five down-ups, five jumping jacks, etc. 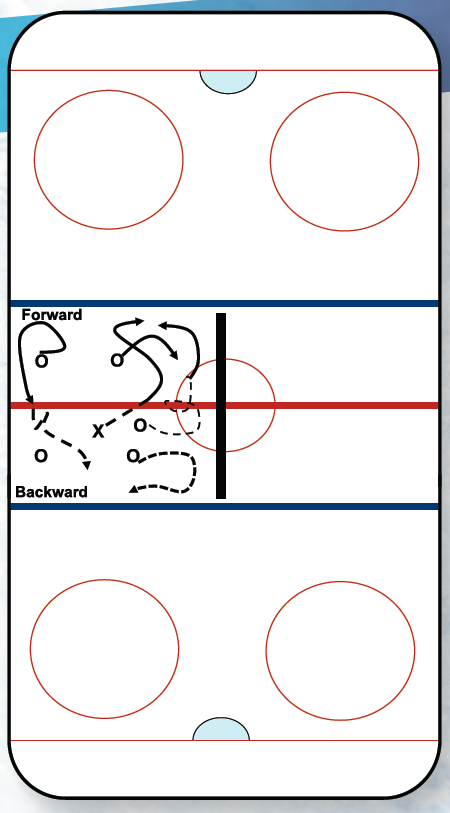