Purpose: To teach the finer techniques of your forecheck scheme, especially the role and techniques of the F1. This game helps coaches teach how to apply offensive-zone pressure, steal/regain the puck and create more offense.

Drill Structure: Play 3v3 cross-ice with two nets. Divide the zone in half with a center line made by a marker from the end boards to the blue line. There are two simple rules for the game:

Coaching Points: This game helps teach the finer points of the F1 forecheck role and should be tailored to fit coaches’ preferred forecheck style. Most coaches like pressure on the puck, so in this game, F1 can be instructed to pressure hard on the puck (but don’t chase O1 behind the net if there’s no chance to get a good angle). This drill creates many live situations for your players to apply attacking-zone pressure on the puck. You can teach F1 proper angles, proper stick position, proper speed and closing techniques. You can also progress and add F2, teaching the anticipation or read-and-react part of your forecheck system to regain the puck. 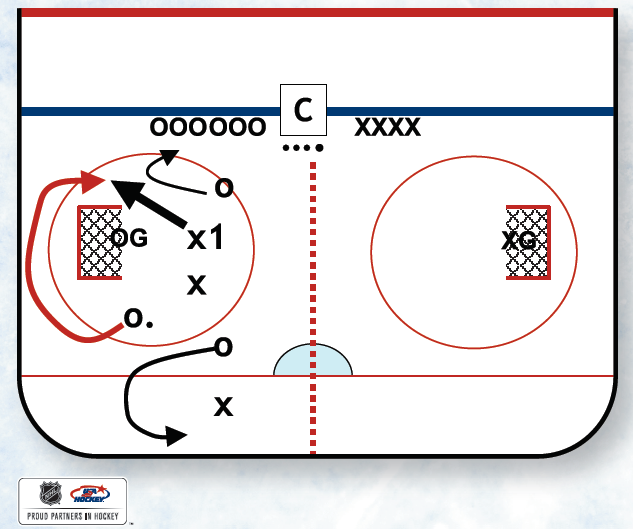