12U+: Simultaneous Regroup: A passing warmup

Coaching Points: Offensive players must keep their heads up to avoid collisions. The real coaching is in the form of teaching puck support and gauging speed for the drills to work (sometimes they’ll need to accelerate; sometimes they’ll need to decelerate, just like during a game situation). Also, the offensive players will need to use their eyes to see if the next D pair is ready to receive the puck or if they are still transitioning the previous group. Allow offensive players to slow down, make an extra pass or perhaps a new regroup with the same set of D. As for the D pair, emphasize hard, flat passes, keeping the puck off the wall and moving the puck efficiently to keep the drill moving.

Progression: Add a pass. Have the forward who receives the pass from D one-touch it back to the D for another regroup or option.

Comments: Emphasize two-way play. Teach effort on both sides of the puck. 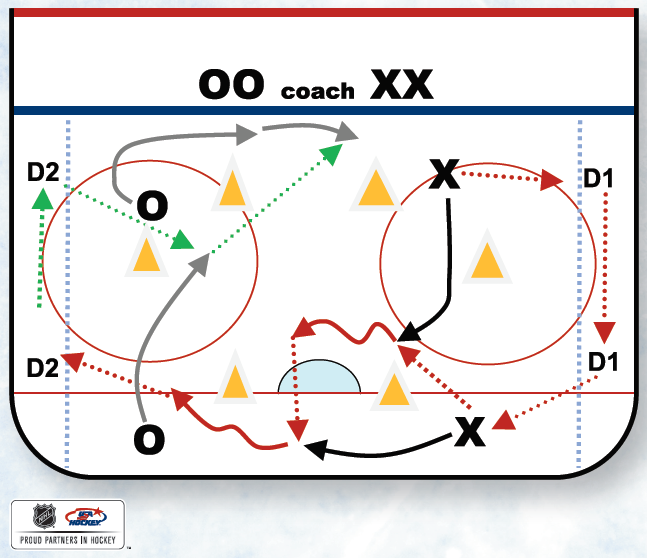