Q: What is the three-letter word that makes people so uncomfortable?

A: F-u-n. The word is “fun,” and it can cause many different reactions. For some parents and coaches, fun is welcomed and celebrated. For others, the mere mention of the word will elicit rolled eyes.

When I’m visiting rinks and meeting with parents and coaches, I often have to find alternative words to use instead of the word “fun.” Why? Because there’s a misconception that when a young hockey player is having fun, they aren’t taking it seriously. Too many people think fun means goofing around, slacking, not paying attention and not competing. Another deep-rooted misconception is that fun needs to stop at a certain age as our young hockey players mature through their development. This is absolutely wrong.

The amazing thing about sport and having fun is that it can be experienced by each athlete differently. For one player, fun may be a serious competition between their teammates in a small-area game at practice. For another player, it may be working on stickhandling. For our young goaltenders, it may be creating a competition between one another for shots saved, poke checks, or other things during practice. Every player is different and every player enjoys different aspects of our game. But the point is, fun can be serious. Fun can be competitive. Fun may be going into overtime with a local rival on the weekend. Fun may be losing to that rival in overtime and knowing you see them again in a month and have another chance to perform and avenge that loss. Fun can be the pride born in overcoming challenges and earning success.

Although there is a time, eventually, when players will have to make the decision to either play hockey or be hockey players, that does not mean that the fun stops. The fun may look different than that of our 14U, 12U, 10U, and younger environments, but it’s still a part of the game.

I remember in college, some of our best efforts were during small-area games against our own teammates for a handmade trophy sitting in the locker room. It was also present during battle situations with our teammates, when neither player wanted to lose that battle no matter what. When it was done, both players would go back to the line, look at each other, give one another a nod and then go again, even harder. It occurred when we would have a difficult, grueling skating practice but we were all doing it together and making the best of it. That was fun. And let me tell you, there was not a lot of laughing and goofing around happening. It was intense, but it was still fun. And remember, we were between 19 and 23 years of age, competing for the NCAA Division I national championship. Even then, we weren’t too advanced or too old for fun to still have a prominent place in the game.

The word “fun” shouldn’t elicit rolled eyes and ridicule from parents and coaches. In fact, it should be the foundation of every player’s hockey experience.

I would like to challenge everyone reading this. The next time you hear the word “fun,” think of it in a new light and not as goofing around, nonchalant attitudes or lacking grit and competitiveness. Instead, think of it as a critical component of long-term development, because for our younger hockey players, fun is an essential way to keep them engaged, developing and passionate about the game. That won’t stop or go away as they get older. The most effective coaches (and hockey parents) are those who embrace fun and weave it through everything they do related to the hockey experience.

When our young hockey players see older players in their association, or collegiate and professional hockey players still having fun and enjoying the game, they will see that the enjoyment is never meant to be taken out of this game. 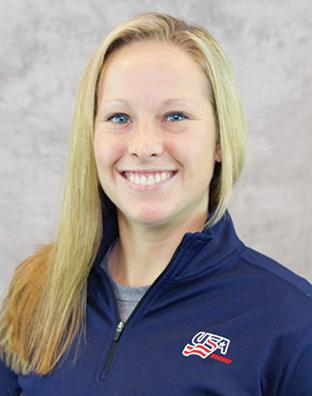 The author, Emily West, played collegiately at the University of Minnesota, where she was a two-time captain of the Gophers and a Patty Kazmaier Award nominee in 2010. She helped Minnesota win an NCAA national championship in 2012.