Purpose: To create a live-action game situation for the players to move, skate, possess and support the puck while executing consecutive passes within a small area of the ice. This will help teach hockey sense, reading passing lanes and puck possession.

Drill Structure: Coach forms a box with tires or cones. Players compete 2v2 within the box and outside of the box. The players have teammates on opposite sides of the box. The X players can only pass to Xs and O players can only pass to Os. Teams get a point when they complete passes from one side of the box to the other, but they must complete at least one pass to a player within the box first. Two points are attained if both players in the box touch the puck before getting it to the other side.

Coaching Points: You can teach a lot of subtle skills in this drill. Teach passers to give “false information” or no-look passes. Teach players away from the puck to get open and use the width of their given space. Teach rapid puck movement. Teach defensive stick skills. This drill works on passing, O-zone play, D-zone play, power play, penalty kill and team play. 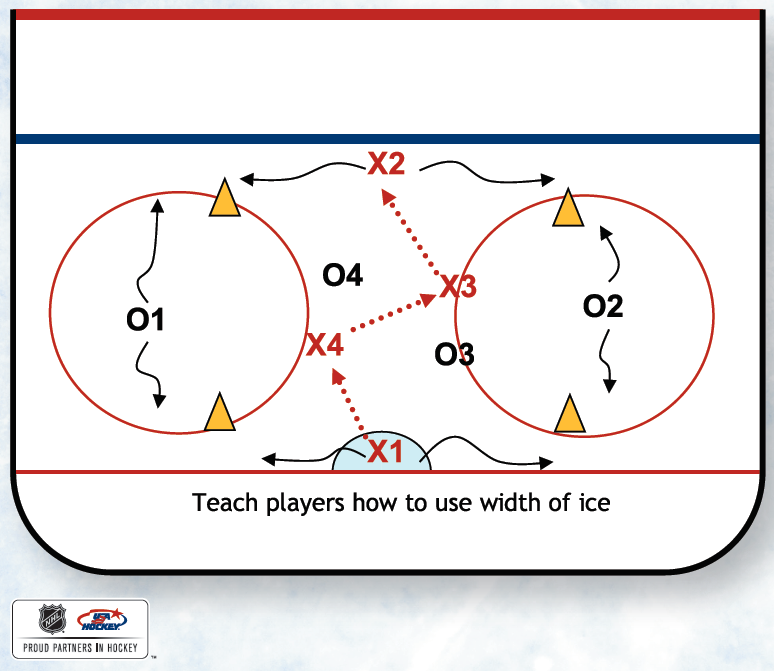