A critical period, or  “window” of development, refers to the point in the development of a specific capacity when training has an optimal effect. Other factors are readiness and critical periods of trainability during growth and development of young athletes, where the stimulus must be timed to achieve optimum adaptation with regard to motor skills, muscular, and/or aerobic power.

Trainability refers to the faster adaptation to stimuli and the genetic endowment of athletes as they respond individually to specific stimuli and adapt to it accordingly. Trainability has been defined as the responsiveness of developing individuals to the training stimulus at different stages of growth and maturation.

Speed, Skill and Suppleness is based on Chronological Age. Stamina and Strength are based on Developmental Age.

– Onset of the PHV or Growth Spurt

– Onset of Menarche in girls

The optimal window of trainability occurs at the onset of the adolescent growth spurt. Aerobic capacity training is recommended before athletes reach their peak rate of growth, peak height velocity (PHV). Aerobic power should be introduced progressively after growth rate decelerates.

The optimal window of trainability for girls is immediately after PHV or at the onset of the menarche, while for boys it is 12 to 18 months after PHV.

The optimal window of trainability for suppleness for both genders occurs between the ages of 6 and 10. Special attention should be paid to flexibility during PHV.

A major objective of the ADM is a holistic approach to athlete development. This includes emphasis on ethics, fair play, and character building throughout the various stages and objectives that reflect American values. Programming should be designed considering athletes’ cognitive ability to address these concepts. 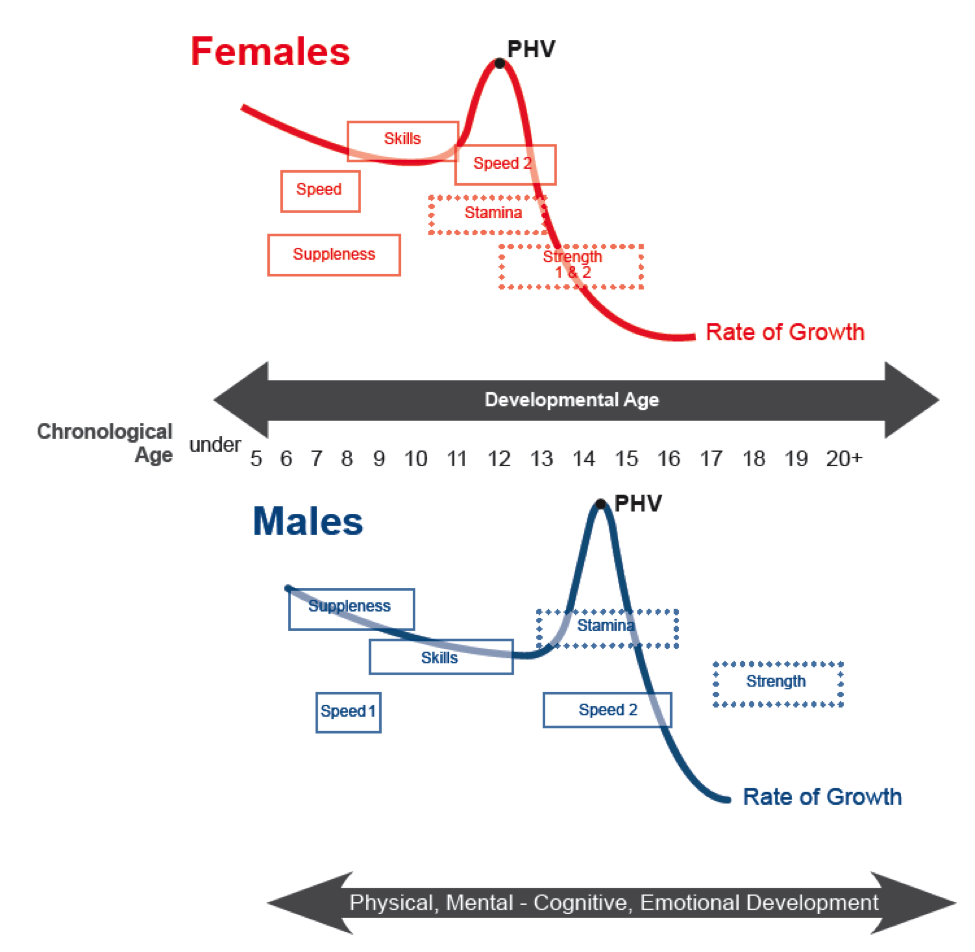